Where the Boys Are

A Michigan State English professor Glendon Swarthout wrote a comic novel about the "coming of age" of four collegiate girls during spring vacation titled "Where The boys Are."

The novel was optioned by MGM and production began immediately on location in Ft Lauderdale.

The movie met with great success and popularized the annual event spreading the myth throughout the nation of the epic journey of college-age men and women to the idyllic shores of Florida--Ft. Lauderdale, to be precise--to find fun, sun, and true love.

The release of "Where the Boys Are" and the mass migration of students to Ft. Lauderdale the follwing March, helped to create the subgenre of "Beach Party" feature films produced and released between 1963 and 1968.

Even though the film is set in Fort Lauderdale, Elvis did not film any scenes in the city.

Only second unit filming was done in Fort Lauderdale. Primary shooting was done at the MGM studios and the beach footage was rear projected, as in the car scenes in the trailer.

The beach scenes were filmed in southern California. Only second unit filming was done in Fort Lauderdale. 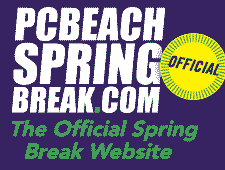